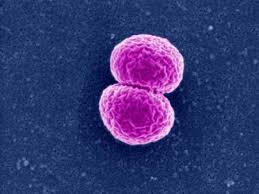 The Disease.
This is caused by droplet spread of the Neisseria meningitidis bacteria, of which at least 13 subgroups are known to exist.
Type A is predominant in Central Australia and in developing countries, while B and C are the common groups in other parts of Australia. Clusters occur in situations of close contact, more often in the winter. Reported cases are increasing throughout the world and more than 670 cases were notified in Australia in 2001.
Toddlers and young adults, especially the indigenous and immunocompromised population, are most at risk.
Incubation period
The incubation period is 1-10 days.

School exclusion
Exclude from school until adequate carrier eradication therapy has been completed.
In Victoria, meningococcal infection is a Group A notification and must be reported immediately.

Meningococcal infection is a vaccine-preventable disease.

The International scene
Outbreaks of meningococcal disease, caused by various strains, are periodically reported from around the world.
First described in 1963, the African meningitis belt was based on cerebrospinal meningitis cases reported over 23 years in the area. Since then, suggestions have been made on clinical grounds (but not on the mechanisms of disease transmission) for extending the areas affected.
About 400 million people are at risk of meningitis outbreaks which hit Sub-Saharan Africa every year, especially in dry and dusty conditions and improving when the rainy season starts, often affecting more than 100 000 people. (Weather forecasting can be used to determine high-risk regions.) Type A meningococcal disease is the dominant disease.

Travel warnings
Travellers to the Hajj will be given quadrivalent meningococcal vaccine on arrival, unless vaccinated within the previous three years.

Intending travellers to affected countries should be vaccinated in Australia and NOT accept vaccination in their destination country. Counterfeit, usually quite useless, vaccines and other medications are a fact of life in many sub-Saharan countries, especially Nigeria. They cause many deaths, particularly in unvaccinated children.

The conjugated vaccines are effective in children from 6 weeks of age, adolescents and adults, and provide long-term (15+ years) protection. Pain and redness at the injection site are common. Irritability in infants and headache in adults may occur.

A new conjugated vaccine MCV4 (Menactra) from Sanofi-Aventis providing protection against the four sero-groups (A,C, W-135 and Y) has been available in the US since March 2005 and is now available in Australia. A similar product (Menveo) from Novartis AG was released in 2008.
Reports of Guillain-Barré Syndrome (GBS) following immunisation with Menactra (15 cases after 5.39 million doses to adolescents) are at a rate estimated to slightly exceed the background rate of GBS (0.2/100,000 months cf 0.11/100,000 person-months). CDC MMWR 20.10.06. Continuing surveillance and careful observation is in force.

Communal vaccination of children and adolescents, using the conjugated C strain, commenced in Australia from the beginning of 2003. By early 2005, a significant drop in reported disease had occurred.

The unconjugated vaccines are recommended mainly in those at risk (especially travellers to Africa, Asia and pilgrims to the Hajj) over 2 years of age. Adverse events are uncommon, local pain and redness are the most commonly reported side effects. Revaccination should be considered after 3-5 years.

History of meningococcal vaccination in Australia.

Vaccine stockpile
Polysaccharide vaccines are used mainly for outbreak response and conjugate vaccines for preventive immunisation campaigns. In 1997, an international stockpile of polysaccharide vaccine was established by the International Coordination Group (ICG) on Vaccine Provision for Epidemic Meningitis Control.
The 2001-02 W135 meningococcal epidemic in West Africa stimulated the rapid production and supply of an affordable trivalent vaccine for the ICG stockpile. Vaccine doses are maintained in a virtual stockpile at the vaccine manufacturers’ sites.  And, since 1997 more than 50 million doses have been given to countries for outbreak responses.