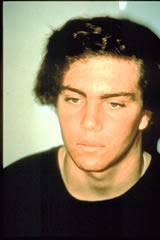 Nasal droplets spread the highly contagious rubella virus.
Incubation period Usually 2-3 weeks.
Features
The infection causes fever, headache, itchy eyes, swollen glands behind the ears and neck, and a rash – ‘german measles’. The illness may pass with minimal disability in children.
Complications
50% of adolescents and adults have painful joints; 50% develop a rash and painful swollen glands; 1 in 6,000 develops inflammation of the brain; 90% of foetuses infected during the first 10 weeks after conception will have a major abnormality (called congenital rubella syndrome (CRS) in which all organ systems may be affected. Manifestations include deafness, cataracts, heart defects, microcephaly, mental retardation, bone abnormalities, and liver and spleen damage.
Tips for GPs and patients
Never diagnose without serology. Always notify confirmed cases, immediately.

Exclude from school until fully recovered or for at least four days after appearance of rash.

Travellers
Rubella is a vaccine preventable disease still causing epidemics in countries with inadequate immunisation programs.
Travellers born during or since 1966 should be encouraged to complete the MMR vaccination schedule (using MMR or MMRV, when appropriate) before embarking on international travel if they do not have evidence of receipt of 2 doses of MMR (Priorix).

International
Public health officials in the United States and Canada have declared rubella to be no longer a major health risk in those countries, despite occasional (usually imported) outbreaks occurring. Data revealed that 696 rubella cases occurred in Canada and the Netherlands between September 2004 and July 2005, with 387 cases in the Netherlands and 309 cases in Canada. Nearly all were in an unvaccinated religious group.
Nearly 4,000 cases were reported from Japan in 2005.

CDC announced the elimination of rubella from the US in 2005.
The Pan-American Health Organization is hoping to eliminate the disease from all of the Americas by 2010.

Australia
In 2003, two babies were born infected and damaged by the virus, the first cases in Australia since 1997.
In 2006, a young adult health care worker from S.E.Asia developed rubella and had contact with a pregnant woman and unimmunised children, while working in Victoria.
Nine cases were reported in 2007. Four cases were reported in the Sydney area in early 2008.

In October 2018, the Hon Greg Hunt, Minister for Health said: “The elimination of rubella is a great day for public health in Australia and sends a powerful message that vaccination works. I commend the efforts of Australia’s health professionals over the decades and the millions of parents who ensure their children are always vaccinated. Our National Immunisation Program played an essential role in this huge achievement by ensuring high levels of vaccination coverage for rubella”.

Congenital rubella syndrome (CRS)
The link between rubella infection in early pregnancy and congenital heart disease and cataracts in the infant, was first described by Sir Norman Gregg in 1941.
Worldwide, an estimated 100,000 infants are born with CRS annually, although the condition is now very uncommon in western countries.

Vaccine Information.
In Australia, the available rubella vaccine is a trivalent live attenuated combination vaccine, Priorix, from GlaxoSmithKline which also contains mumps and measles vaccines.
(MMR II has been withdrawn from the Australian market.)
The vaccine is given in two doses – at 12 months and at 4 years of age.
(see also measles)
All health care workers (including secretarial and cleaning staff) should have their vaccination status reviewed before the commencement of work. Those without written evidence of disease or serological evidence of vaccination should receive two doses of Priorix (at least 4 weeks apart) before starting work.

Side effects:
About 10% of vaccine recipients have discomfort, local inflammation or fever. Of those children receiving the vaccine, about 1% develop a noninfectious rash, about 1% develop parotid gland swelling and febrile convulsions occur in 0.1%. No vaccine recipients develop encephalitis (inflammation of the brain).
Travellers, especially to Asia, should be vaccinated (see above).

Contradindications
Measles, mumps, rubella and varicella vaccines are contraindicated in
– people with impaired immunity (eg due to HIV/AIDs, high dose steroids, immunosuppressive treatment and certain malignancies),
– people having had a previous anaphylaxis reaction to a vaccine or component of a vaccine,
– pregnancy should be avoided for 28 days.

Uncertain about MMR? The NCIRS Decision Aid should help.

An attenuated quadrivalent vaccine, ProQuad, from Merck/CSL and containing vaccines which protect against measles, mumps, rubella and varicella has been approved by the FDA in the US and is registered by the TGA in Australia. This vaccine offers high levels of protection from a single dose, but is not yet available in Australia.

History
An account of significant events in measles, mumps and rubella immunisation practice in Australia is available at the NCIRS site.