Indonesia has a population of 255,000,000 people. It is the world’s largest Muslim country and has 300 ethnic groups. It is a developing nation in the lower half of the world’s economies.

Indonesia lies between SE Asia and Australia and consists of more than 3000 islands.

Indonesia boasts a multitude of destinations for the family or for the adventurer and all are available in a variety of accommodation standards.

Bali is a favourite destination for Australians and for tourists from around the world.

Areas such as Borneo and Sumatra are particularly popular with school groups, adventure travellers and free-style kayaking.

Indonesia has a mainly tropical climate, but is cooler in elevated areas.
Adequate medical care for most simple problems is available in Jakarta and Bali, but is substandard otherwise. Evacuation to Singapore or Darwin may be necessary for travellers and all are advised to ensure the availability of adequate insurance cover.
For ambulance, call 118. Unfortunately, responses may be slow and may lack appropriate equipment. It might be quicker to take alternative transport. Most medical staff do not speak English. Cash payment or deposit is usually required.

Terrorism risk is a serious threat throughout the country and pirate attacks have occurred in coastal waters.

Remember that bed nets, repellents and protective clothing are very important. All travellers should take repellents with them, but leave deodorants and perfumes at home.

Do not drink:
Tap water or rinse toothbrush in tap water.
Ice, unless it is made from boiled, bottle or purified water. (Freezing does not kill off the organisms causing diarrhoea.)
From wet cans or bottles—the water on them may be contaminated.
(Dry wet cans/bottles before opening and clean all surfaces that will have contact with the mouth.)
Fruit juice unless it comes directly from a sealed container; otherwise it may have been diluted with tap water.

Routine:
Travellers are advised to ensure that all routine vaccines (tetanus, diphtheria, pertussis, measles, mumps, rubella, chickenpox and hepatitis B)     are up to date.

Recommended:
1. Travellers to Indonesia are advised to have vaccination against hepatitis A and typhoid fever.
2. Japanese encephalitis varies with rainfall, but is presumed to occur all year round.
Those with outdoor exposure (hikers) or those living in rural areas should consider vaccination.
3. Similarly, rabies vaccination should be provided to the young, backpackers or any who are likely to be exposed to dog or bat bites or scratches.
4. Influenza exists throughout the year in the tropics and vaccination offers a cost-effective protection.

Mammals: All mammals, especially bats, may transmit rabies. Monkeys may also pass Herpes B virus to humans.
Always cleanse any wounds thoroughly and seek immediate medical care.
Marine animals: Deadly jellyfish are present throughout the year. Coral and sea urchins are also a hazard.
Take care in the sea.

The discovery of Java Man demonstrates human occupation in Indonesia for at least 1.5 million years. The first homo erectus skull was found in 1977 and thought to be about 500,000 years old. ‘Flores Man’, a short hominid, was found on the island of Flores in 2003 and has been dated between 13,000 and 74,000 years old. Home sapiens reached the archipelago about 50,000 years ago.

Most modern inhabitants are believed to have distant origins in Taiwan and other parts of Asia, arriving via the land bridge, which existed at the time of the last ice age. They brought agricultural expertise to the land, which became a number of islands as the ice melted. The early inhabitants were animists, who built towns and villages in early Java and were influenced by Indian culture.

The earliest established religions were Hinduism and Buddhism, operating in a plethora of competing Malay states. Islam eventually established itself in Aceh, in the 13th century, before spreading to the rest of Sumatra, Malacca and Java. Bali retained its Hindu majority and the eastern islands of Indonesia entertained a variety of Christian and Muslim missionaries. 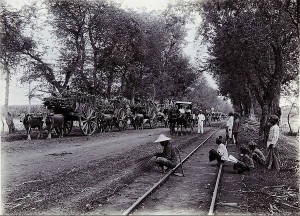 From the beginning of the 16th century, the Portuguese, Spanish, Dutch and British colonial powers sort spheres of influence, in opposition to Islam, mainly to gain access to the spice trade to Europe. A persisting influence of Portugal may be seen in Flores, Timor and Malacca (in Malaysia). The Dutch followed and became the dominant colonial power, adding bureaucracy and infrastructure to define what has become the modern state of Indonesia. The Spanish restricted their involvement to the modern Philippines and the British to Malaysia, Burma and India. 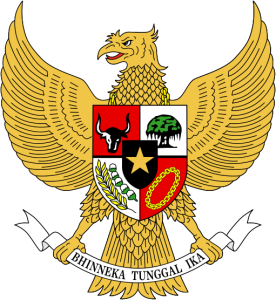 The dominant role of the Dutch came to an end with the invasion of Indonesia by Japan in 1941 and the declaration of Indonesian independence after the war’s end in 1945. The Dutch tried to regain control and succeeded in re-establishing their rule in most of Indonesia by 1949, but conceded sovereignty to the new nation under its first president, Sukarno, in 1950.

Sukarno ruled for about 15 years, during which time the control of West Papua (Irian Jaya) was transferred from the Dutch to the Indonesian Government, with the connivance of the US and Australian Governments, in 1963. 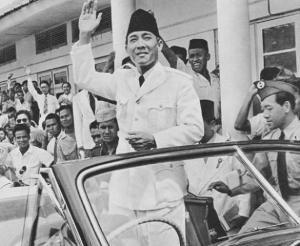 An attempted coup by the Communist Party of Indonesia (PKI) in 1965 failed and a violent anti-communist purge followed, in which about 500,000 people were killed. Major General Suharto, commander of the Army, was named president in 1965 and remained in power until 1998, during which time East Timor (Timor Leste) fought for and eventually gained independence in 1999.

Indonesia was hard hit by the East Asian Financial Crisis of 1998 and Suharto was replaced by his deputy, Jusuf Habibe, in 1999.

Indonesia has been the subject of several terrorist attacks

Democratic elections have been help regularly since then. Current President is Joko Widodo who has been the subject of criticism from the Australian Government following the execution of two Australians.

Trade with Australia has widened in recent years. Many Indonesian students study in Australia and Indonesia is a popular destination for Australian students and tourists.