Keeping Mosquitoes Away – AVOID BEING BITTEN

Travellers should note that most mosquitoes bite between dusk and dawn, but 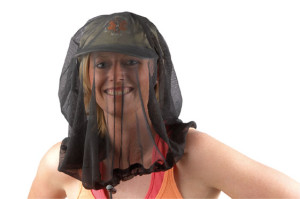 others – especially those carrying dengue fever, are daytime biters. Consequently, in some environments, travellers may need to consider 24-hour mosquito protection.

Some suggestions to avoid bites are:

DEET remains the gold standard of currently available insect repellents. It is effective against mosquitoes, sand flies, fleas and ticks and is the active ingredient in RID, Repel and Aerogard preparations. GoodTrips recommends RID products.
Protection provided by DEET is proportional to the dose applied, eg 20% DEET will provide protection for 1-3 hours while 30% DEET will provide protection for up to 6 hours. Increased concentrations are not recommended.
While they are generally thought to prevent bites by inhibiting the host seeking stimuli, there is evidence that mosquitoes are repelled by DEET.
Care
DEET can be safely applied to cotton, wool and nylon but may damage spandex, rayon, acetate and pigmented leather. DEET can dissolve plastic and vinyl (e.g. eyeglass frames). When applying DEET and sunscreen, always apply the sunscreen first.
Safety
DEET-containing products up to 30% are safe for children when used according to directions on the label. DEET is not recommended for babies under 2 months of age. 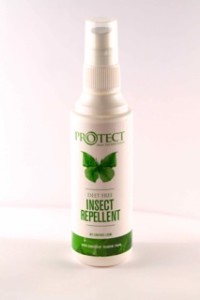 c, does not penetrate the skin and is suitable for anyone 2 years or older. It evaporates from the skin more slowly than DEET and may repel bugs for longer periods.
Picaridin is an alternative to DEET. It is considered environmentally friendly and will not break down plastics.
Protection
Protection is short and requires reapplication every 2-3 hours.

Aromatic essential oils
Natural essential oils, such as peppermint, pine and lavender are infused in a wrist band (GONE Insect Repellent Band), which is easily clicked onto the wrist. Hair bands have also been made in the same way. The oils are 100% natural and 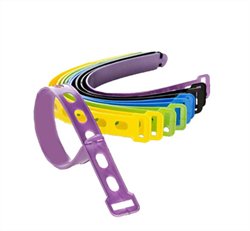 environmentally friendly and are more effective than citronella or geraniol
The GONE bands come in a re-sealable pouch and may last up to 3 weeks, used at 6 hours/day.

Permethrin
Permethrin is a safe, colourless and biodegradable contact insecticide. It is not an insect repellent and does not protect uncovered body areas.
Permethrin should not be applied directly to the skin, but adheres well to fabrics, especially cotton (Debugger, mosquito nets, head nets) and will survive 5-10 washes in hot or cold water and lasts up to 6 months.

Permethrin is incorporated into bed nets used in Africa and has been shown to significantly reduce malaria in children.
Although not recommended for skin application, permethrin is the initial topical treatment for scabies and its safety is well documented.

SOME MYTHS ABOUT REPELLENTS

There is no evidence that the following products protect you against insect-borne illnesses.