The Olympic and Paralympics Games in Brazil (2016) have come and gone and many travellers will still wonder at the risks of travel to South America or to many other destinations. The risk of infection by the Zika virus has waned considerably, but like most mosquito-borne viral infections, will vary from time to time. Now, April 2017, as the northern winter abates, further mosquito-borne problems, such as Zika are likely to increase in frequency.
A complete understanding of Zika and the harm it causes to the foetus is still some years away.

Just a reminder to all visitors to Brazil – you will need to have yellow fever vaccination and others (check with your travel doctor) such as hepatitis A, typhoid and influenza. Despite the concern over Zika, visitors to Brazil are much more likely to come across contaminated food causing diarrhoea and other mosquito-borne (arthropod) diseases. We provide advice on this web site, but encourage travellers to discuss their itinerary, their activities, accommodation and time scale with their travel doctor. All travellers are different and any such advice must be individualised. 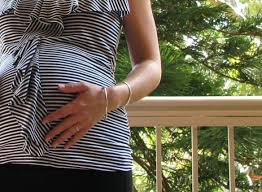 Countries with endemic or possible endemic Zika virus transmission are countries where there is evidence of Zika virus transmission in the past, with or without ongoing transmission. This group includes countries where transmission appears to occur or has occurred at low levels and countries that experienced an epidemic in the past. Such countries, mainly in Southeast Asia and Africa, are not considered as having a current outbreak beyond baseline levels, though intensified surveillance is currently underway. As such, these countries do not have current travel warnings. The risk to international travellers is considered very low, however, pregnant women (in any trimester) should consider postponing non-essential travel to Southeast Asia until further information is available. Microcephaly associated with congenital Zika virus infection has been confirmed in 2 cases in Thailand in late September 2016 and had not previously been reported in Southeast Asia.

Transmission of Zika virus
Transmission occurs predominantly from the bite of an infected Aedes mosquito, especially Aedes aegypti. However, it is becoming clear that the Zika virus may be transmitted by many different mosquito species. The Aedes species also transmits chikungunya, dengue and yellow fever and, in the past, Zika infection has inexplicably tended to follow chikungunya epidemics.
Of importance in terms of prevention, Aedes mosquitoes, unlike malaria-transmitting Anopheles, are daytime feeders, with 2 peaks of biting activity during the day: the first 2-3 hours after dawn and the mid-to-late afternoon hours. This pattern, however, turns to one of all-day activity indoors or during overcast days. In risk areas, travellers (especially pregnant travellers) should be especially vigilant in applying repellent during daytime hours, particularly during peak biting times.

Sexual transmission (male to female, male to male) with an incubation period of 4-41 days has been well documented, as has transfusion-derived, placental and perinatal transmission. Viral particles have also been detected in breast milk and in saliva.

Complications
Increased cases of Guillain-Barre Syndrome (GBS), an autoimmune complication that occurs after many different viral infections, has been documented in 20 Zika-affected countries or territories. Based on available data, estimated risk of GBS during a Zika outbreak is 1 in 5,000 cases. GBS presents within a short interval (median: 4-6 days) after onset of Zika virus symptoms and presents as mild disease. 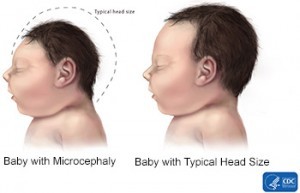 Zika virus infection during pregnancy is strongly associated with congenital Zika syndrome, which includes microcephaly and other congenital anomalies. Transplacental transmission appears to be through primary human placental macrophages which serve as the reservoir of infection.

The most important strategies are dependent on the prevention of mosquito bites, especially day-time biters of pregnant women. These mosquitoes bite just after dawn and in the late afternoon. Repellents containing DEET or picaridin are safe during all stages of pregnancy. 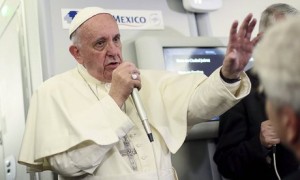 You must use condoms

Medical care
Not normally required in non-pregnant people.
There is no vaccine against Zika virus.