Timor Leste is a small impoverished nation of between 800,000 and 1,231, 000 in the southern Indonesian archipelago, and occupying the eastern part of the island of Timor.

Timor Leste (including the islands of Pulau Atauro and Pulau Jaco) has a tropical climate with distinct rainy and dry seasons. 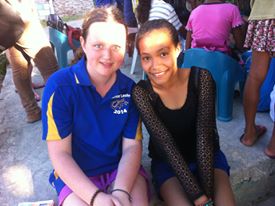 Diseases resulting from mosquito bites (malaria, Japanese encephalitis (JE), dengue fever and chikungunya) are a major concern to locals and visitors alike. Vaccines are available for JE, but not for the rest.

Unfortunately, hygiene standards are basic and gastrointestinal infection is common and represents the most common form of illness in travellers.

Nearly all health advice revolves around these two issues.

Medical care is substandard throughout the country including Díli.  Adequate evacuation insurance coverage for all travellers is a high priority. In the event of a serious medical condition, medical evacuation to Singapore or Darwin is likely to be necessary.

Medical facilities are extremely limited and evacuation, at significant expense, is often the only option in cases of serious illness or accident.

Remember that bed nets, repellents and protective clothing are very important. All travellers should take repellents with them, but leave deodorants and perfumes at home. 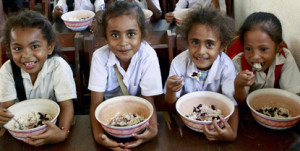 Do not eat:
Unpasteurised dairy products such as cheese, yogurt, ice cream and milk.
Leafy or uncooked vegetables or salads.
Undercooked, raw, or cold meat, seafood, and fish.
Cold sauces such as mayonnaise, salad dressing, chutneys, or salsas, which are usually raw and made by hand.

Do not drink:
Tap water or rinse toothbrush in tap water
Ice unless it is made from boiled, bottled, or purified water.     (Freezing does not kill the organisms causing diarrhoea.)
From wet cans or bottles—the water on them may be contaminated. (Dry wet cans/bottles before opening and clean all surfaces that will have contact with the mouth.)
Fruit juice unless it comes directly from a sealed container; otherwise it may have been diluted with tap water.

Travellers should carry loperamide and/or a quinolone antibiotic (eg azithromycin) for presumptive self-treatment of diarrhoea if it occurs and electrolytes for the replacement of loss.  Discuss the various options with your doctor.

Vaccines
Routine:
Travellers are advised to ensure that all routine vaccines (tetanus, diphtheria, pertussis, measles, mumps, rubella, chickenpox and hepatitis B) are up to date. 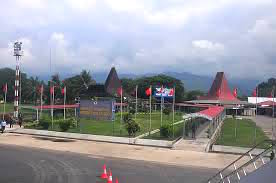 European colonisation of South East Asia began in the 16th century and the Dutch were the dominant power in Indonesia. However, the Portuguese established outposts in Timor and the Maluku Island group to the north. 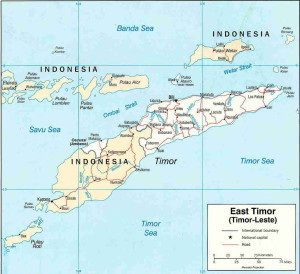 After the War, Portuguese Timor was handed back to Portugal. However, with its revolution at home and independence movements in all its colonies, Portugal was not up to the job. In East Timor, Fretlin declared independence in 1975; however, Indonesia invaded in 1979 and carried out massacres and deliberate starvation causing outrage around the world. 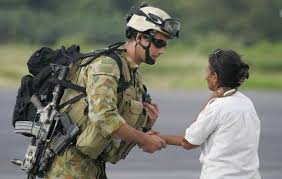 Eventually, the United Nations organised a referendum in 1999, which rejected Indonesian control and led to the implementation of UN protection until independence was declared in 2002. During this transitional period, a UN force consisting mainly of Australian Defence Force personnel was deployed to Timor Leste to establish and maintain peace.

In recent years, relations with Australia have been strained by disputes over the maritime boundary between the two countries. Canberra claims petroleum and natural gas fields in an area known as the ‘Timor Gap’, which Timor Leste regards as lying within its maritime boundaries.