With a population of over 67 million, Thailand is a developing nation in the upper half of the world’s economies. Located in Southeast Asia, it has a tropical, monsoonal climate and is a popular tourist destination. 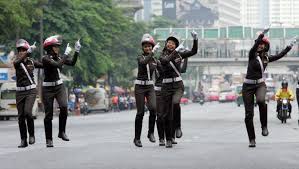 Congested roads are sometimes a problem

A high standard of medical care is available in Bangkok, but is less so in peripheral areas. Certain hospitals offer very high standards of health care, attracting medical tourists, eg in Phuket and Ko Samui.
Unfortunately, congested roads and a scarcity of ambulances can make receiving timely medical attention difficult. Seriously ill travellers are often best to take a taxi or private car to the nearest major hospital rather than wait for an ambulance. The quality of health care is less in regional and country areas.

Hospitals may require guarantee of payment prior to treatment. Credit cards may not provide guarantee of acceptance for medical care.
Sex tourism is a major industry in Thailand and provides a variety of sexually-transmitted infections for the unwary. Exploitation of sex workers and children is subject to legal challenge by Thai and, for Australians, by Australian authorities.
Alcohol-related injury is the commonest cause of death and injury in Australians and may be manifest in drowning, motor vehicle accidents, etc.

Terrorism risk is a constant issue in Thailand and travellers should be careful in commercial areas frequented by tourists. Travel to the Thai-Cambodian border should be avoided unless otherwise advised by regional authorities.

Always purchase travel insurance before leaving Australia.
Tourists must carry their passports with them at all times.

Malaria precautions are advised in affected areas, especially in border areas with Malaysia, Burma, Cambodia and southern Laos. No, or minimal, risk exists in most tourist destinations. Check with your GoodTrips doctor.

Traveller’s diarrhoea is a high risk throughout the country. Always carry loperamide (Gastro-Stop) and your doctor-advised antibiotics. See below. 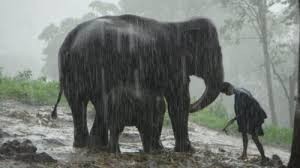 Flooding may occur in the monsoon season

Weather-related issues:
Jungle treks are not advisable during the rainy season due to the possibility of mudslides. Riptides in coastal areas can be strong, including the popular destinations of Phuket, Ko Samui and Pattaya. Always check with local authorities.

In rural and border areas of Thailand, bed nets, repellents and protective clothing may be very important. All travellers should take repellents with them, but leave deodorants and perfumes at home.

Routine: Travellers are advised to ensure that all routine vaccines (tetanus, diphtheria, pertussis, measles, mumps, rubella, chickenpox and hepatitis B) are up to date.

The recent discovery of Homo erectus fossils such as Lampung man in Lampung province is an example of archaic hominids, dated from roughly 1,000,000–500,000 years ago in the Pleistocene. Stone artefacts dating to 40,000 years ago have been recovered from e.g. Mae Hong Son and in the Krabi peninsular, Thailand. The archaeological data between 18,000 – 3000 years ago primarily derive from cave and rock shelter sites, and are associated with Hoabinhian foragers.

There are myriad sites in Thailand dating to the Bronze (1500 BC-500 BC) and Iron Ages (500 BC-AD 500). The most thoroughly researched of these sites are located in the country’s Northeast, especially in the Mun and Chi River valleys. The Mun River in particular is home to many ‘moated’ sites, which comprise mounds surrounded by ditches and ramparts. The mounds contain evidence of prehistoric occupation.

Thailand was heavily influenced by the culture and religions of India and Indian influence on Siamese culture was partly the result of direct contact with Indian settlers, but mainly it was brought about indirectly via the Indianised kingdoms of Dvaravati, Srivijaya and Cambodia.

Buddhism must have been flowing into Siam from India in the time of the Indian Emperor Ashoka of the Maurya Empire and far on into the first millennium after Christ.

Prior to the southwards migration of the Thai people from Yunnan, China, in the 10th century, the Indochina peninsula had been a home to various indigenous communities for thousands of years. The integrity of Thailand, its religion and legal code became established in the 14th century, but was brought down by Burmese armies in 1767. However, the Burmese were soon driven out and the Siamese (as they were then called) faced the onslaught of European colonisation in the early 19th century.

The Anglo-Siamese Treaty of 1909 defined the modern border between Siam and British Malaya by securing Thai authority over the provinces of Pattani, Yala, Narathiwat and Satun, which were previously part of the semi‐independent Malay sultanates of Pattani and Kedah. A series of treaties with France fixed the country’s current eastern border with Laos and Cambodia.  Thailand remained independent from English and French colonialism, but remained an absolute monarchy until the Siamese Revolution of 1932. 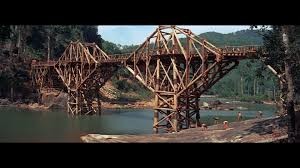 The Bridge on the River Kwai

During World War II, Thailand invaded French Indochina (Laos) and established a liaison with Japan, which allowed Japanese troops to cross Thailand to the Malaysian border. Although losing favour with the Allies, Thailand enjoyed the support of the United States, which established an air base at Udorn in NE Thailand during the Vietnam War. Thousands of refugees fled Laos and Vietnam after the war and Thailand was subject to several military coups up until the present day.

Thailand experienced a collapse of its economy in 1997 and a massive tsunami in 2004. In 2008 and again in 2011, skirmishes between Thai and Cambodian soldiers occurred over the Preah Vihear temple, a UN World Heritage site on the Cambodian-Thai border.

The current government seized power in a military coup in 2014.