The virus
Zika virus (ZIKV) infection is caused by a flavivirus, related to dengue and Japanese encephalitis. There are two ZIKV genetic lineages: the African lineage (identified in 1947 in the Zika Forrest of Uganda) and the Asian lineage (detected in Micronesia in 2007) which has recently emerged in the Pacific (2014) and the Americas (Haiti 2014). All strains found throughout Latin America are of the Asian lineage. 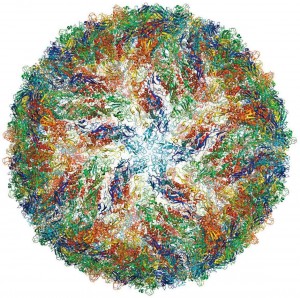 The virus is primarily transmitted to humans through bites from Aedes mosquitos (especially Aedes aegypti), whose peak biting hours are early mornings and late afternoons. Once a rare disease, Zika has seen sporadic outbreaks over the years—mostly contained to Southeast Asia and Africa—but is now considered an emerging infectious disease due to a deluge of recent cases in tropical South America, especially north-eastern Brazil.
Secondary transmission has been documented to occur in male to female and female to male sexual intercourse. 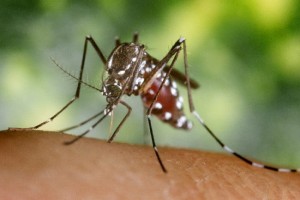 Features
The incubation period is approximately 3-12 days following a bite from an infected mosquito. Most infections (60-80%) are asymptomatic and, when they occur, symptoms are usually mild and self-limiting. A rash, either raised or flat may start on the face, a fever, joint and muscle pains, conjunctivitis and headache are the common symptoms. Some will have a pain behind the eyes or a gastrointestinal disturbance. 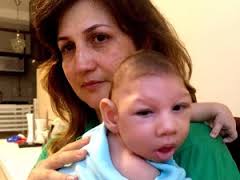 Complications
In 2014, a significant increase of patients with Guillain–Barré syndrome (GBS) was reported during an outbreak in French Polynesia.
A similar increase along with an unusual increase of congenital microcephaly was observed in some regions in north eastern Brazil in 2015.

Traces of the Zika virus were found in foetal and newborn tissue of Brazilian babies with a birth defect called microcephaly, which typically comprises small heads, severe brain damage, and developmental issues. Brazil saw some 3,000 cases of microcephaly in 2015—a drastic increase from their average of 200. Although no clear scientific relationship has been demonstrated, authorities are advising pregnant women to avoid travelling to Zika affected areas. (See below.)
Newly published evidence from CDC and from Slovenia strengthens the association of Zika virus and microcephaly in specific cases. In 3 well-studied cases, a high level of Zika virus RNA together with convincing evidence of viral replication in neuronal tissue was detected in severely affected foetuses. RNA was not detected in other tissues suggesting a high neurotropism of Zika virus.

Greater details are available at the Travax web site.

Diagnosis
Viral RNA may be detected from clinical specimens in acutely ill patients and, after day five, the detection of Zika-specific antibodies is required.
With newer molecular screening in reference laboratories, characterisation of Zika virus infection has greater understanding of the expanding geographic range and manifestations of this infection.
In the past, Zika has often been mistaken for dengue or chikungunya, because of cross-reactivity in commonly used dengue antibody tests.
In Victoria, Zika is a Group B notification.

Treatment
Other than for symptomatic relief, there is no specific treatment.
Development of a vaccine or any effective treatment is “at ground zero”.

Prevention
Avoidance of mosquito bites, especially during daylight, by using protective clothing and insect repellants, is recommended. Always avoid perfumes and deodorants and, where possible, sleep under mosquito netting or in an air-conditioned building.
Currently, there is no vaccine or effective treatment for Zika virus infection. However, US Pharmaceutical company Inovia has announced FDA approval (20 June) for early stage safety tests of its DNA-based vaccine. Researches have produced antibody response to an early vaccine in mice.
But, even with pre-clinical and early stage clinical trials underway, we still may not see a Zika vaccine licensed and approved for use in humans for years. 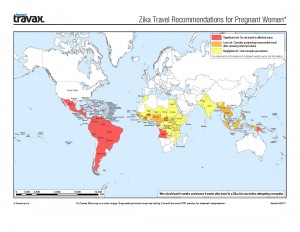 Risk to travellers
Travellers, especially children, pregnant women, and people with immune disorders or severe chronic illnesses, should consult their travel doctor at GoodTrips to receive personalised recommendations on use of repellents and protection before travelling. All travellers to an endemic area with ongoing transmission, are at risk.
Pregnant women, at any stage in their pregnancy, should avoid travelling to any Zika-proclaimed country.

The CDC has issued a travel alert for people traveling to countries and regions where the transmission of the virus is ongoing: Brazil, Colombia, El Salvador, French Guiana, Guatemala, Haiti, Honduras, Martinique, Mexico, Panama, Paraguay, Singapore, Suriname, Venezuela, USA (Florida) and the Commonwealth of Puerto Rico.
Information on Zika (Australian Department of Health).
In 2015, six cases of Zika fever were diagnosed in people visiting Australia. Similarly, in 2016, new imported cases have been found in Australia. “There have never been any locally acquired cases of Zika virus infection reported in Australia.” 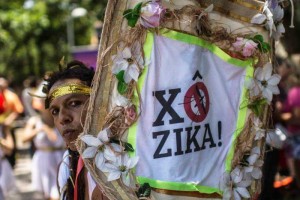 Public awareness in the streets of Rio.

From Travax, 2016: “The full spectrum of outcomes that might be associated with infection during pregnancy and the factors that might increase risk to the fetus in certain, and perhaps unusual, circumstances are not yet fully understood. Until more is known, some authorities are recommending that pregnant women (in any trimester) or those trying to become pregnant should consider postponing travel to Zika-affected areas.
Pregnant women who report 2 or more symptoms consistent with Zika virus infection during or within 2 weeks of travel to risk areas or who have ultrasound findings of fetal microcephaly or intracranial calcifications should be tested for Zika virus in consultation with public health authorities. Testing is not indicated for travelers returned from non-Zika transmission areas. Pregnant women with laboratory evidence of Zika virus infection should be referred for expert management.”

Pathology testing
In Victoria, all testing for Zika infection is done through VIDRL.
PCR testing for flaviviruses including Zika virus at VIDRL is done on a daily basis. The cost is $95. Detection by PCR is suited to the symptomatic patient as the viraemic and shedding stages are brief and relate to symptom onset. Zika virus can be detected by PCR in blood up to 7 days and in the urine up to 14 days. 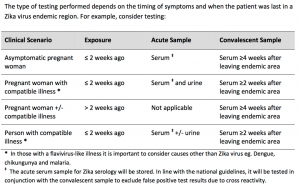 Specimens for Zika virus serology are referred to Pathology West in NSW on a weekly basis.
Testing is not indicated for
– travellers returned from non-Zika transmission areas
– pregnant women who visited Zika transmission areas and who did not have compatible symptoms during or within 2 weeks of return.

The following are key questions for which incomplete data exist at present:

History
First identified in 1947, in the Zika Forest (about 6km from Entebbe in Uganda) in the Rhesus macaque population; the first human cases were reported in 1952 in Eastern Nigeria.

Reported sporadically from Africa, the first large outbreak occurred in Yap, in the western Pacific in 2007. The virus was then reported from French Polynesia and other Pacific Islands, the Caribbean, Central and South America and, especially, Brazil in 2015 where the largest outbreak occurred.