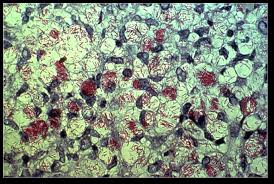 Leprosy, also known as Hansen’s Disease, is a chronic bacterial infection of the skin and superficial nerves caused  by Mycobacterium leprae.

It is a slow-growing bacterium which multiplies (approximately every 13 days) and mainly affects the skin, nerves, and mucous membranes. It has never been grown in bacteriologic media or cell culture and a skin biopsy is usually needed to make a diagnosis.

Incidence
Hansen’s Disease is rare in Western countries, however around the world, as many as 2 million people are permanently disabled as a result of this awful disease. 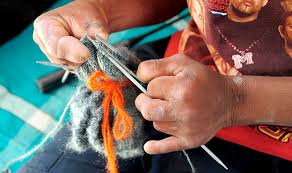 Loss of digits and disfigurement from leprosy.

Evidence suggests that 95% of all adults are naturally unable to get the disease, even if they’re exposed to the bacteria that causes it. Hot spots are found in many countries, especially northern India and Nepal.

Transmission
It is not particularly contagious, but it is thought that M.leprae the bacteria causing Hansen’s disease, is spread from person to person via coughing or sneezing.

Features
Leprosy affects sensory, autonomic, motor and eye nerves but does not affect the central nervous system. This may lead to muscle weakness or anaesthesia in arms or legs.
Some people do not develop symptoms until many years after infection. The time between contact with the bacteria and the appearance of symptoms is called the incubation period. Leprosy’s long incubation period makes it very difficult for doctors to determine when and where a person with leprosy got infected.

A milder form of leprosy, known as tuberculoid leprosy is less contagious and less severe then the lepromatous form which produces rashes, skin lumps and numbness. 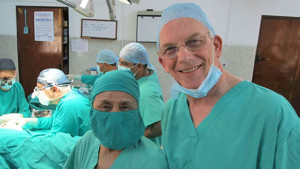 Dr Graeme Klugston, awarded AO on Australia Day 2016 for distinguished service to medicine and to the international community of Nepal, particularly those with leprosy.

Incidence
According to official reports received from 103 countries and territories, the global registered prevalence of leprosy at the end of the first quarter of 2014 stood at 180,464 cases, while the number of new cases detected during 2013 was 215,557 (excluding the small number of cases in Europe).

Travellers
Leprosy does not constitute a risk to any traveller.

Treatment
In 1981, the World Health Organization began recommending multidrug therapy (MDT), a combination of three drugs: dapsone, rifampicin, and clofazimine. These drugs taken for six months to a year or even more, depending on the severity of the leprosy infection, are very effective.

This combination of drugs is still the best treatment for preventing nerve damage, deformity, disability and further transmission. Researchers are working on developing a vaccine and ways to detect leprosy sooner in order to start treatment earlier. Anti-inflammatory drugs, such as prednisolone, or immunosuppressants, such as thalidomide, may be prescribed.

History
The disease has been known and feared for thousands of years, often surrounded by terrifying, negative stigmas and tales of leprosy patients being shunned as outcasts. The oldest civilizations of China, Egypt, and India feared leprosy was an incurable, mutilating, and contagious disease. 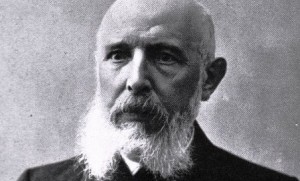 Dr.Gerhard Henrik Armauer Hansen of Norway was the first person to identify the germ that causes leprosy under a microscope. Hansen’s discovery of Mycobacterium leprae proved that leprosy was caused by a germ, and was thus not hereditary, from a curse, or from a sin.
In the 1950s. Dapsone pills, pioneered by Dr. R.G. Cochrane at Carville, became the treatment of choice for leprosy. Dapsone worked wonderfully at first, but unfortunately, M. leprae eventually began developing dapsone resistance.

In 1981, the World Health Organization began MDT, a combination of three drugs: dapsone, rifampicin, and clofazimine. MDT with these drugs takes from six months to a year or even more, depending on strength of leprosy infection.