The influenza viruses (orthomyxoviruses) occur in three groups (A, B and C) and are passed through aerosol or by direct contact spread. Types A and B are important in humans, while C may cause mild illness. 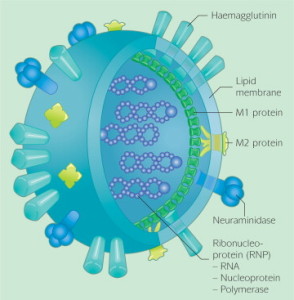 Model of the influenza virus

Structure
The spherical virus of influenza A and B contains nine different structural proteins; one (the matrix (M1) protein) forms a shell beneath the lipid envelope.
The lipid envelope has inserted in it two virus-encoded glycoproteins (haemagglutinin – HA and neuraminidase – NA) which are exposed as spikes. It is more stable at lower temperatures, but liquifies in warmer weather and is as a consequence not so infectious.

Subtypes
Influenza type A viruses are divided into subtypes based on surface proteins; there are 16 hemagglutinin (H) and 9 neuraminidase (N) antigens. They have evolved in birds and are found in many different animals, including pigs, whales, horses, and seals, but wild birds are the natural hosts for these viruses.
Changes in the principal surface antigens of influenza A – haemagglutinin and neuraminidase – make these viruses antigenically labile. Minor changes described as antigenic drift occur progressively from season to season. Antigenic shift occurs periodically, resulting in major changes and the emergence of a new subtype with a different haemagglutinin protein. Because immunity from the previous virus may not protect completely against the new subtype, the population may have little or no immunity, and this may therefore lead to widespread epidemics or even a pandemic.
Pandemics
Three influenza pandemics occurred in the last century (in 1918, 1957 and 1968) and in this century (in 2009).

Influenza B viruses are normally found only in humans. They are not classified according to subtype and have not caused pandemics.

The incubation period is between 1 and 5 days and infected people are contagious for about five days, beginning one day before the onset of symptoms. Damage to the cells lining the respiratory tract lowers its resistance to secondary bacterial infection.

Features
The illness is characterised by fever, headache, muscle pains, prostration, sore throat and cough and may be complicated by other diseases such as pneumonia. Influenza occurs more commonly in colder months, but may present during any season – especially in the tropics. Those with chronic conditions (eg heart and lung disease, diabetes, HIV) and the elderly are at particular risk from serious complications including death. 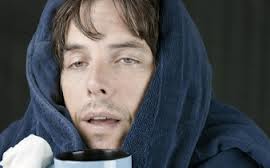 Influenza is a major cause of absenteeism from work.

Those most at risk are:
People in close proximity ( <3 metres) and those >50 years of age.

Antiviral drugs
Oseltamivir and zanamivir are commonly discussed as possible treatment for individuals affected by bird flu (see below). They are most effective if taken in the first 24 hours of the disease and of little benefit after two days. They therefore offer little protection in a worst case scenario, should human-to-human transmission occur in a populated area.
A personal supply of antivirals should be quite helpful in the event of a bird flu pandemic. A government stockpile, reserved for a selected few, may lead to social disorder and mayhem.
Statins
Statins are drugs commonly used to reduce cholesterol. They have the capacity to modify the cytokine storm, which is thought to be responsible for most deaths (from pneumonia) caused by the H5N1 infection. Statins have the capacity to reduce death rates by 40-60 per cent.

Travellers
Travellers to infected areas, likely to be exposed to live poultry, might consider taking Tamiflu or Relenza with them. (see Antiviral Drugs below) Casual travellers should avoid live poultry markets (by at least 1 km) and only consume well-cooked poultry or eggs. 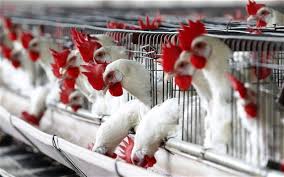 Although any causal relationship is not established, travellers should avoid handling domesticated cats, especially in Indonesia.
Personnel working in rural areas or in close contact with poultry must wear protective clothing (an N95 respirator or mask – not a standard surgical mask) and practice hand washing, etc.
Care should be taken in malarial areas, where the symptoms of both influenza and malaria are similar.
Advice should be sort from your GoodTrips doctor.

Travellers to infected countries must always consider their evacuation plans should a serious outbreak or pandemic occur while outside Australian borders. International flights and ready access to home should not be assumed.
From ProMED
CDC has not recommended that the general public avoid travel to any of the countries affected by H5N1. Most cases of H5N1 infection in humans are thought to have occurred from direct contact with infected poultry. Therefore, care should be taken to avoid contact, when feasible, with live, well-appearing, sick, or dead poultry and any surfaces that may have been contaminated by poultry, or their feces or secretions.

Summary
Influenza activity in the temperate zone of the northern hemisphere continued to be elevated. Many countries especially in East Asia and Europe appeared to have already peaked and were reporting decreasing trends. Worldwide, influenza A(H3N2) virus was predominant. The majority of influenza viruses characterized so far were similar antigenically to the reference viruses contained in vaccines for use in the 2016-2017 northern hemisphere influenza season. Nearly all tested viruses collected recently for antiviral sensitivity were susceptible to the neuraminidase inhibitor antiviral medications.

International influenza
Travellers are advised to be vaccinated with current seasonal vaccines, before leaving Australia.
Current advice for travellers may be accessed at the Australian Department of Foreign Affairs and Trade. The use of neuraminidase inhibitors in travellers is discussed at the NPS site. 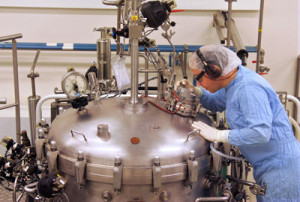 Vaccine Information.
The process of virus selection and vaccine development is usually prolonged and may take 3-4 months. For many years, the only vaccine protecting against influenza has been an injectable vaccine containing three strains of killed virus particles.
The formulation of the influenza vaccine (brands available in Australia – Fluarix, Fluvax, Influvac, Vaxigrip and Vaxigrip Junior) is determined annually in anticipation of strains expected to be circulating in the coming year.
Side effects
The ‘flu vaccine is extremely safe, except for those who experience anaphylaxis on contact with egg or chicken protein, a very rare event. (Approx;1:20,000) Soreness at the vaccination site may occur and, occasionally, mild fever or muscle pain may follow vaccination.
A generalised macular rash, occurring about two hours after vaccination, occurs at a rate of about 1 in 1000.
About 2 cases in every million vaccinated may develop the neurological condition called Guillain-Barré Syndrome (GBS), although a causal relationship with influenza has not been established. The oculorespiratory syndrome has been reported in Canada.

Recommendations
Elderly
All persons over 65 years of age and others with debilitating illnesses should have annual vaccinations.
Adults 18-64 years
Influenza-related fatalities in at-risk groups (lung disease, heart disease, diabetes, etc.) are 40 times that of those without these diseases, yet 55% of at-risk Australians do not get vaccinated annually.
Children
Vaccination is recommended for children with cardiac or pulmonary disease or those with metabolic disorders such as cystic fibrosis or diabetes. However, the vast majority of children admitted to hospital with influenza do not fall into these categories and a strong argument exists for the provision of annual influenza vaccines to all children.
Pregnancy
The Australian Immunisation Handbook, WHO and CDC each support the use of the flu vaccine during pregnancy.

Antiviral Drugs
Two antiviral drugs (oseltamivir [Tamiflu] and zanamivir [Relenza]) are not a substitute for vaccination, but are approved and commercially available for use in preventing and treating flu. They belong to a group of drugs known as antivirals.

Shelf-life on antivirals
Tamiflu packages state that the drug should be used within 5 years of manufacture. Health authorities in Europe, the United States, Canada, Hong Kong and Australia have approved extending that to 7 years for use against the pandemic strain of swine flu. The extension does not apply to Tamiflu’s use against seasonal flu.