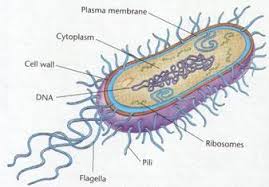 The contagious bacterium, Bordetella pertussis, is spread by coughing and by nasal droplets. It is a highly contagious disease which derived its name from a characteristic severe hacking cough followed by a high-pitched intake of breath that sounds like “whoop”. 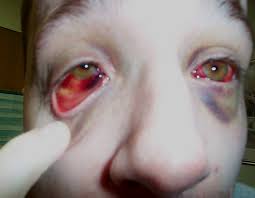 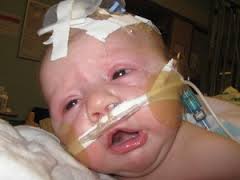 Features
The infection causes a runny nose resembling a cold and an irritating cough, which may develop into whooping cough. The paroxysmal cough precedes a crowing inspiratory sound characteristic of pertussis. (Infants less than 6 months may not have the typical whoop.) A coughing spell may last a minute or more, producing cyanosis, apnoea and seizures.
About 1 in 200 whooping cough patients under the age of 6 months dies from pneumonia or brain damage.
Spread
Adults and adolescents are the primary reservoir for pertussis. Pertussis is spread by contact with airborne discharges from the mucous membranes of infected people, who are most contagious during the catarrhal stage. Because the symptoms during the catarrhal stage are nonspecific, pertussis is usually not diagnosed until the appearance of the characteristic cough of the paroxysmal stage.
For greater detail read.

Diagnosis
Methods used in laboratory diagnosis include culturing of nasopharyngeal swabs on Bordet-Gengou medium, polymerase chain reaction (PCR), immunofluorescence (DFA), and serological methods. The bacteria can be recovered from the patient only during the first three weeks of illness, rendering culturing and DFA useless after this period, although PCR may have some limited usefulness for an additional three weeks. For most adults and adolescents, who often do not seek medical care until several weeks into their illness, serology is often used to determine whether antibody against pertussis toxin or another component of B. pertussis is present at high levels in the blood of the patient.

Exclude from school for 5 days after the commencement of antibiotic treatment.
In Victoria, pertussis is a Group B notification and must be reported within 5 days.

International
Due to a waning use of the pertussis vaccination, whooping cough cases are increasing throughout the world. Worldwide, there are 30–50 million pertussis cases and about 300,000 deaths per year.
In the last decade, there has been an increase in reported cases seen in many European Union (EU) countries and elsewhere, such as in the United States and Australia.

Australia
Outbreaks of the disease were seen in Australia in the 1990s because of falling immunisation rates in some groups. In epidemics, most cases occur in school-aged children, while adolescents and adults often constitute a significant reservoir of infection. 9 deaths were reported between 1993 and 1997.
Many states in Australia, especially Western Australia, reported unusually high numbers of cases of whooping cough during 2004.
A total of 11,013 cases were reported in Australia in 2005. Between June 2005 and January 2006, more than 1000 cases were confirmed in Queensland, 590 being in Brisbane.
There were 5000 cases reported in 2007 and nearly 14,000 in 2008.
As of May 15, 2009, a massive increase (11,557 cases with one infant death) had been reported in Australia.

The greatest risk is to very young babies before routine immunisation commences. Therefore all prospective parents, health care workers and others in close contact with the newborn should be fully immunised against pertussis.
The morbidity of pertussis in adolescents can be substantial with prolonged cough illness lasting weeks to months.

From The New England Journal of Medicine
There is increasing evidence and awareness that pertussis is not just a disease of children. Although most severe disease and almost all mortality occur in young infants, the overall disease burden is increasingly shifting to adolescents and adults. There have been large outbreaks of pertussis among adolescents who had both classic pertussis symptoms and prolonged illness with cough. Pertussis is less well characterized in adults than in adolescents but has been associated with up to 20 percent of prolonged illness with cough. Studies have suggested that the clinical severity of pertussis in adults increases with age.

Vaccine Information.
It is now clear that neither infection nor immunisation against pertussis by whole-cell or acellular vaccines confer lifelong protection against re-infection, and thus Bordetella pertussis continues to circulate in all countries.
Pertussis vaccines are highly effective, strongly recommended, and save many infant lives every year. Though the protection they offer lasts only a few years, they are given so that immunity lasts through childhood, the time of greatest exposure and greatest risk. The immunisations are given in combination with tetanus and diphtheria, at ages 2, 4, and 6 months, and later at 18 months, 4 years and 15 years (Year 10). Immunisation Handbook recommendations.

Adults
In adults or children older than 10 years, the pertussis vaccine is combined with tetanus and diphtheria vaccines in an adult formulation, dTpa, – Boostrix (Glaxo) and Adacel (Sanofi Pasteur).

Women contemplating pregnancy should consider immunisation with Boostrix or Adacel during the third trimester of each pregnancy.

Both Boostrix and Adacel have now been augmented by the addition of polio vaccine to derive Boostrix-IPV and Adacel Polio, used particularly in travellers to countries where polio is still endemic.

Treatment
Treatment with an effective antibiotic (erythromycin, azithromycin, clarithromycin, trimethoprim-sulfamethoxazole) shortens the infectious period but does not generally alter the outcome of the disease; however, when treatment is initiated during the catarrhal stage, symptoms may be less severe.