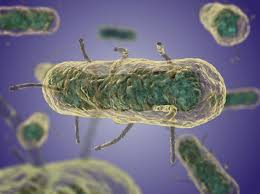 The Disease
Plague is an infection caused by the bacteria Yersinia pestis. It is a gram-negative, nonmotile, coccobacillus belonging to the Enterobacteriacae family.
A major cause of death during the middle ages, plague is still reported from Asia, Africa, South America and in parts of the US. The usual reservoir is rats and some domesticated animals. Cats are sensitive indicators of plague.
Transmission to humans occurs mainly through the bite of fleas feeding from these animals.
Plague does not occur in Australia and the risk to most travellers is usually low.
Incubation period
The incubation period is between 1 and 6 days. 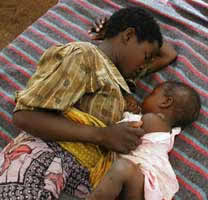 The enlarged glands of bubonic plague

Currently, plague natural foci persist in Asia, the Americas, and Africa (where most human cases occur). Periodic outbreaks are reported from rural parts of Asia and Africa, where about 45% of all African cases are reported from the island of Madagascar. Madagascar has about 200 cases each year and was the location of multi-antimicrobial resistant Y.pestis in 1995.

The CDC Plague Home Page is a source of considerable information.

Vaccine Information
The Plague Vaccine is not commonly used as its efficacy has not been demonstrated in controlled trials. It is available to certain occupations at high risk and travellers living in high-risk areas (eg rural Vietnam). Field workers or laboratory workers may need to be vaccinated and 2 or 3 doses (according to age) are given. Reactions are mild and infrequent, but may occur with boosters.
The vaccine was withdrawn from the US in 1998 but new technologies may lead to the development of a nasally administered recombinant plague vaccine in that market. An oral vaccine, using a live attenuated strain of Y.pseudotuberculosis was proposed by the Institut Pasteur in France, in 2008
The manufacture of plague vaccine in Australia (by CSL) ceased in November 2005.

Plague is not usually considered a vaccine-preventable disease.
It has been considered as a biological weapon posing a high potential risk to a vulnerable target population.

In 1894, two bacteriologists, Alexandre Yersin of France and Kitasato Shibasaburō of Japan, independently isolated the bacterium in Hong Kong responsible for the Third Pandemic. 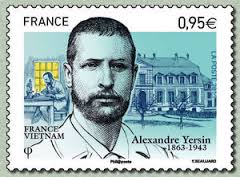 Yersin named it Pasteurella pestis in honour of the Pasteur Institute, where he worked, but in 1967 it was moved to a new genus, renamed Yersinia pestis in honour of Yersin. Yersin also noted that rats were affected by plague not only during plague epidemics but also often preceding such epidemics in humans, and that plague was regarded by many locals as a disease of rats: villagers in China and India asserted that, when large numbers of rats were found dead, plague outbreaks soon followed.

Plague has a remarkable place in history and has had enormous effects on the development of modern civilisation. Some scholars have even suggested that the collapse of the Roman Empire may be linked to the spread of plague by Roman soldiers returning home from battle in the Persian Gulf in 165 AD. For centuries, plague represented disaster for people living in Asia, Africa and Europe and because the cause of plague was unknown, plague outbreaks contributed to massive panic in cities and countries where it appeared. 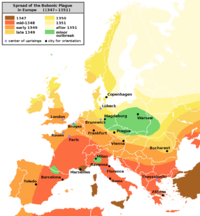 There have been three major plague pandemics. 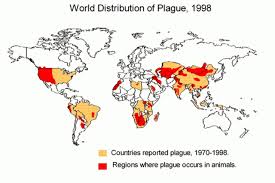 The Justinian Plague
In AD 536, the first of three massive volcanic eruptions ushered in a mini ice age. It coincided with an epidemic of the plague, the decline of the eastern Roman Empire, and sweeping upheavals across Eurasia.
Lasting 200 years, the Justinian plague began in 541AD and was named after the 6th century Byzantine emperor Justinian I. There were frequent outbreaks which eventually killed over 25 million people and affected much of the Mediterranean basin–virtually all of the known world at that time.
“Black Death” or the Great Plague
The second pandemic, widely known as the “Black Death”, originated in China in 1334 and spread along the great trade routes to Constantinople and then to Europe, where it claimed an estimated 60% of the European population (Benedictow, 2008). Entire towns were wiped out. Some contemporary historians report that on occasion, there were not enough survivors remaining to bury the dead (Gross, 1995). Despite the vast devastation caused by this pandemic, however, massive labor shortages due to high mortality rates sped up the development of many economic, social, and technical modernisations (Benedictow, 2008). It has even been considered a factor in the emergence of the Renaissance in the late 14th century.
Modern Plague
The third pandemic, the Modern Plague, began in China in the 1860s and appeared in Hong Kong by 1894. Over the next 20 years, it spread to port cities around the world by rats on steamships. The pandemic caused approximately 10 million deaths (Khan, 2004). 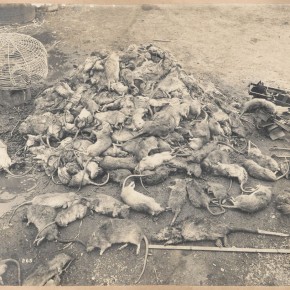 Rats killed in Sydney during bubonic plague in 1900.

African countries accounted for nearly 90 percent of the 28,530 plague cases reported to the World Health Organization during the most recent 10-year reporting period (1994-2003).
Plague foci have previously existed in the northern part of Africa but gradually disappeared in the last century, for unknown reasons. Libya and Algeria are the only north African countries to experience human cases in the past 40 years. Oran in Algeria is the setting for the famous novel The Plague by Albert Camus.
About 10-15 cases appear in the USA every year particularly in southern states during the northern autumn. About half of all US cases are reported from New Mexico, but since 1957, 58 cases of human plague have been confirmed in Colorado.
Algeria, together with Libya, Morocco, and Tunisia between the the Atlas Mountains and the Mediterranean Sea are collectively known as the Mediterranean Maghreb and share an ecosystem of forests, woodlands, and scrub. They also share culinary traditions (consumption of raw or partially cooked meat) which, together with persisting natural reservoirs of plague in wild animals, may contribute to the frequent outbreaks of pharyngeal plague seen in the region.

Plague in the USA – a short history (from ProMED)

In the summer of 1899, a ship sailing from Hong Kong to San Francisco had had two cases of plague on board. Because of this, although no passengers were ill when the ship reached San Francisco, it was to be quarantined on Angel Island. When the boat was searched, 11 stowaways were found — the next day two were missing. Their bodies were later
found in the Bay, and autopsy showed they contained plague bacilli.
Despite this scare, there was no immediate outbreak of disease. But rats from the ship probably had something to do with the epidemic that hit San Francisco 9 months later. 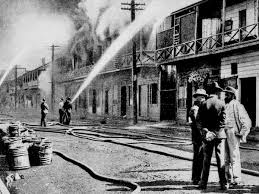 On 6 Mar 1900, a city health officer autopsied a deceased Chinese man and found organisms in the body that looked like plague. In 1894, two research physicians had simultaneously and independently identified the bacillus that causes bubonic plague. Shibasaburo Kitasato published his findings in Japanese and English; Alexandre Yersin published in French. People in different parts of the world credited one or the other with the discovery, depending which journals they had read. (Since 1970 the bacillus has been known as Yersinia pestis.)

That the plague had an identifiable “germ” was known. But other recent findings had not been disseminated — or believed. Most people felt that the germ infected humans through food or open wounds. Disinfection campaigns were the order of the day. In some places they ran carbolic acid through sewers, actually spreading the disease faster because it flushed out rats that had lived there. 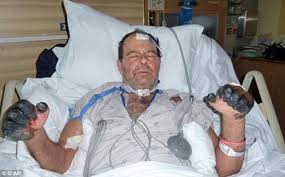 Back in San Francisco, however, political issues vied with scientific efforts. Anti-Chinese feeling ran strong in the city then, and the 1st step taken was to quarantine Chinatown. The Chinese objected, and so did the business community. Not because they wanted to protect the rights of the Chinese, but it was bad for business to have people thinking there was plague in their city or state. The quarantine was lifted but health officials ran house-to-house inspections of Chinatown. People resisted, hiding their dead and locking their doors. But two more plague victims turned up. The city Board of Health officially announced that plague was present in the city. The governor refused to believe it or to do anything to help in the antiplague effort. The Surgeon General got permission from President McKinley to pass antiplague regulations. Others still denied the existence of plague, although more and more states in the country were stopping trade with California.

Commissions and boards formed, fought with the governor, and were disbanded, underfunded, and reformed. Meanwhile, more plague cases were found. In April 1901, a clean-up campaign of Chinatown was undertaken, scouring almost 1200 houses and 14 000 rooms. In 1903, a new governor took office and vowed to help the boards of health in every way. On 29 Feb 1904, a woman in the town of Concord, California, died of plague, its last victim — for a while. There had been 121 cases in San Francisco and 5 outside, with 122 deaths.

Knowledge, like illness, spreads. In the next few years, information about the plague’s causes and transmission would be clarified. In 1894, physician Mary Miles in Canton, China, had reported the widespread death of rats in plague epidemics. But people assumed the rats caught the disease from humans. In 1897, Japanese physician Masanori Ogata wrote “one should pay attention to insects like fleas for, as the rat becomes cold after death, they leave their host and may transmit the plague virus directly to man.” Paul Louis Simmond put all the accumulated observations together, made his own observations (societal and microscopic), and experimented with the bacillus, rats, and fleas. He proved that rat fleas bit people (which went against received wisdom), and that a sick animal could not transmit the disease if it didn’t have fleas. Simmond published his conclusions in 1898 and was roundly ridiculed. But in 1905, a British commission published some of the same findings and in 1908, issued a report confirming all of Simmond’s conclusions (though not crediting him). 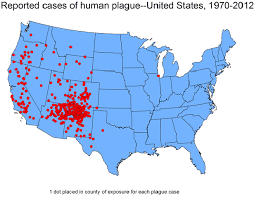 In 1906, an earthquake of record proportions devastated San Francisco. The ruin of the city’s buildings made not just people, but rats, homeless. The subsequent year or 2 of living in refugee camps while rebuilding was highly conducive to rat and flea infestations. In 1907, cases of plague were reported. But with hindsight on the last epidemic and new knowledge from research, officials launched a new kind of campaign. They offered a bounty on rats. A similar rat-catching campaign had been used successfully to fight plague in New Orleans. It worked as well in San Francisco, and though this 2nd epidemic was stronger than the 1st, it was brought to halt in 1909.