Pneumococcal infections result from the spread of the pneumococcus bacteria, Streptococcus pneumoniae, by droplet spread. At least 90 antigenic serotypes have been recognised. About 23 serotypes account for the majority of infections.

Diabetics and those with heart and lung disease are most at risk.
Pneumococcal meningitis is the leading cause of meningitis in children under 5 years and about 1 in 10 die. 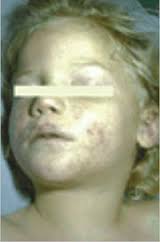 International
Pneumonia kills more than a million children every year, mostly in the developing world. Penicillin resistance has increased in many countries, but since the introduction of the pneumococcal conjugate vaccine the rates of infection due to penicillin-resistant pneumococci has fallen by 55-60% overall and by 80% in children < 2 years of age.
From CDC
In 2006, the GAVI Alliance (formerly known as the Global Alliance for Vaccines and Immunizations), an organization that aligns public and private resources to create global access to vaccines, made funding available through 2015 for PCV introduction in the 72 countries with the lowest gross national income per capita (<$1,000 per capita) in 2003.
Some of the 193 countries that are WHO member states have made national decisions to provide vaccine to all children through their national immunization programs. Other countries have elected to offer PCV7 vaccine only to certain high-risk groups, such as children who are HIV positive or other immunocompromised or chronically ill persons. Surveillance data showed cases caused by the serotype 19a, not covered by Prevenar (see below), were on the rise internationally, raising concern that new strains may be on the increase as those covered by the vaccine decline. Australia In 2002, there were 2271 cases and 175 deaths of invasive pneumococcal disease in Australia across all ages. Of those, 761 cases and nine deaths occurred in children aged under five years. The rate of invasive pneumococcal disease in Australian children aged under two has fallen by more than 90% since 2005.
Vaccine Information.
The pneumococcal vaccines available in Australia are
– an inactivated bacterial polysaccharide vaccine, Pneumovax 23 (CSL/Merck), is derived from the 23 most frequent types of S.pneumoniae found in the USA, and
– two pneumococcal conjugate vaccines: 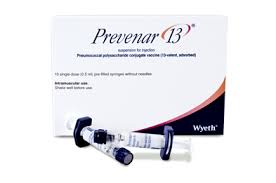 Since January 1st 2005, Australian infants born after that date and children born since January 1, 2003 have been offered  as part of the immunisation schedule. It has undoubted benefits in reducing invasive disease but its benefit in preventing otitis media is doubtful. Apart from those covered by the vaccine Prevenar, some pneumococcal strains are showing signs of drug resistance. More than 21% of strains are resistant to two or more antibiotics.
The pneumococcal schedule varies with the age of the child, but is recommended for all infants from 2 months of age. Prevenar is a safe vaccine and should be offered to all children under the age of 2 years.

The future
An inexpensive vaccine protecting against most strains of pneumococci is a major goal for third world countries.
The Bill & Melinda Gates Foundation has provided $75 million to the Seattle-based health organisation, known as PATH hoping to facilitate a suitable candidate vaccine. (PATH – Program for Appropriate Technology in Health – is an international, nonprofit organization that creates sustainable, culturally relevant solutions, enabling communities worldwide to break long-standing cycles of poor health.)