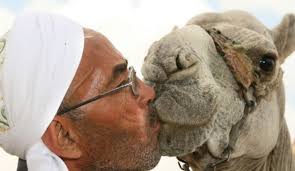 The incubation period is said to be five days, with a range of 2-13 days.

Features
Most people have an acute respiratory illness with fever, cough and dyspnoea; some have diarrhoea and vomiting. Severe complications such as pneumonia and renal failure lead to death in 3 or 4 out of every 10 people infected. Some have mild or no symptoms.

Individuals with pre-existing conditions, such as diabetes, cancer, chronic heart, lung and kidney disease, or those with a weakened immune system are at higher risk of acquiring the disease or having a severe case.

The disease in South Korea underwent a mutation involving glycoprotein production, which may have had some bearing on the different patterns of spread and infection reported from that country. The Government of South Korea officially declared that country free of MERS on 23 December 2015.
MERS remains a problem, albeit reduced, in Saudi Arabia.

Reportings
1 June 2017
MERS-CoV infections continue to be diagnosed in Saudi Arabia. with a total of 1615 laboratory confirmed infections with MERS-CoV since
reporting the 1st case in September 2012. These include 665 fatalities attributed to infection with the MERS-CoV with a reported case fatality rate of 41.2 per cent.

Precautions
Limiting spread from camels is advised by the Saudi Government.

Travellers
There are no vaccines available to protect against MERS nor are there antiviral drugs for the treatment of the condition.

There are no recommendations for anyone to make changes to travel plans.