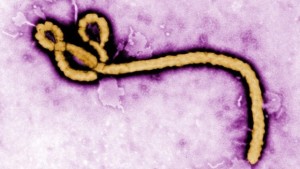 Ebola Virus disease (EVD) is one of several rare, serious and commonly fatal infections, which may be haemorrhagic. (Others in the group include Lassa fever, Marburg Virus disease and Crimean-Congo haemorrhagic fever.)
First discovered in 1976, Ebola has occurred sporadically in several tropical African countries (South Sudan and the Democratic Republic of Congo – DRC), it is named after the Ebola River in northern DRC.

The incubation period is between 2 and 21 days, during which there is no risk of transmission but the virus remains viable for ≤ 7 days after death. 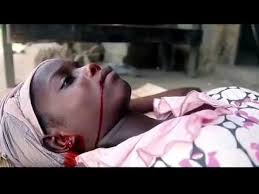 Features
Ebola Virus disease (EVD) may present abruptly with high fever, headache, myalgia, sore throat, arthralgia and malaise. Abdominal pain, diarrhoea and vomiting develop by day 3 and haemorrhage two days later.
EVD should be considered in any traveller with an abrupt fever or malaise, within 2-21 days of return from an affected area.

Travellers
Risk is low for general and business travellers and for travellers visiting friends and relatives unless in direct contact with an infected person. Risk is much higher for health care workers and volunteers caring for EVD patients.

Geographic distribution
All cases have occurred in sub-Saharan (especially western) or tropical Africa, with imported cases detected in South Africa and in other countries.

Sierra Leone, a low-income country, was recovering from the effects of a civil war when Ebola virus [Ebola virus disease] erupted in 2014. The disease decimated communities and devastated the country’s already fragile health infrastructure.

The epidemic in West Africa threw a harsh spotlight on the importance of strong health systems to tackle emergencies and improve global security by preventing future disease outbreaks. Countries with stronger systems — like Nigeria and Senegal — quickly contained Ebola. But in Guinea, Liberia and Sierra Leone, poor health services, a shortage of health care workers, lack of roads, and high illiteracy combined to prevent an adequate response to the crisis, which claimed 11 300 lives. Basic health services, including treatment and prevention for HIV [human immunodeficiency virus disease] and TB [_Mycobacterium tuberculosis_ disease] and malaria [_Plasmodium falciparum_ disease], ground to a halt.

Ebola [Ebola virus disease (EVD)] also terrified the world with its speed and virulence. Sierra Leone hopes the experience of living through the epidemic can be used to prevent another outbreak by rebuilding and strengthening its health systems. The Global Fund and partners have joined forces to help Sierra Leone train health workers, improve diagnostics and supply chains, and increase awareness through community work. 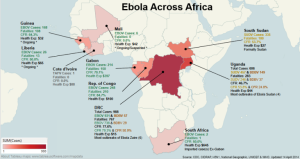 Prevention
There are no vaccines offering protection against EBV, nor are any antiviral agents effective. However, several candidate vaccines (GSK, Merck, Johnson & Johnson, Novavax) are in different trial phases.

Prevention amounts to staying away from infected countries or, when travel is necessary, taking adequate personal care and wearing personal protective equipment (PPE) if visiting or caring for infected people.