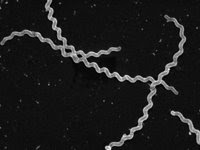 Leptospirosis is an acute zoonotic illness caused by spirochetes of the genus leptospira. The leptospires causing disease belong to the species Leptospira interrogans which has nearly 300 serovars, the most common in Australia being L. hardjo, pomona and zanoni (cattle) and pomona, tarassovi and bratislava (pigs). Different leptospiral serovars are prevalent in particular geographical regions.

Leptospirosis, occurs in diverse epidemiological settings, affecting vulnerable populations, such as rural subsistence farmers and urban slum dwellers. Although leptospirosis is a life-threatening disease and recognised as an important cause of pulmonary haemorrhage syndrome, the lack of global estimates for morbidity and mortality has contributed to its neglected disease status. 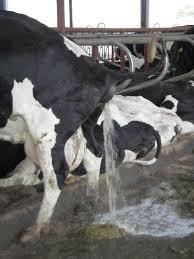 Features
Infection with leptospira is often not diagnosed, as the symptoms of fever, headache, chills, a rash, muscle pain and conjunctivitis are attributed to other infections. More severe manifestations, such as meningitis, haemolytic anaemia, hepatic or renal failure, jaundice, confusion, etc may prompt more diligent scrutiny. The disease is fatal in 5-40% of cases.
These symptoms commonly mimic other infections such as influenza, meningitis, hepatitis, dengue or viral haemorrhagic fevers.
Diagnosis
The presence of rising titres of Leptospira antibodies is the more common method of diagnosis. Isolation of the leptospires from the blood or CSF during the acute illness is rare, especially in developing countries.

Travellers
Leptospirosis is the most common zoonosis worldwide and is an occupational hazard for farmers, farm workers and meat workers in Australia.  It is among the leading zoonotic causes of morbidity worldwide and accounts for numbers of deaths, which approach or exceed those for other causes of haemorrhagic fever. Highest morbidity and mortality were estimated to occur in resource-poor countries, which include regions where the burden of leptospirosis has been underappreciated.

In travellers, areas of heavy rain, floodwaters, white-water rafting, sub-standard accommodation or camping in damp conditions may present a risk of infection. It is generally underreported but is much more of a problem after natural disasters, such as hurricanes, tsunamis and flooding.

In many countries rats are the principal vector.
Vaccine Information.
Vaccines
Vaccines for humans are not available for the prevention of leptospirosis in most countries. High-risk workers in some European and Asian countries (eg rice workers in Italy) are provided with vaccination.
These vaccines are serovar specific, must be repeated annually and are associated with a painful swelling.
Farmers are encouraged to vaccinate their cattle with a combined hardjo and pomona (2 in 1) vaccine. A 5 in 1 vaccine is now available.

Adolf Weil first described a severe form of the disease in 1886 (L.icterohaemorrhagiae – Weil’s disease).
In Australia, the first leptospirosis case was identified in 1934 (L.australis – Cane-cutters’ disease).

American Society for Microbiology.
“Leptospirosis is a zoonosis of ubiquitous distribution, caused by infection with pathogenic Leptospira species. The spectrum of human disease caused by leptospires is extremely wide, ranging from subclinical infection to a severe syndrome of multiorgan infection with high mortality. This syndrome, icteric leptospirosis with renal failure, was first reported over 100 years ago by Adolf Weil in Heidelberg. However, an apparently identical syndrome occurring in sewer workers was described several years earlier. Earlier descriptions of diseases that were probably leptospirosis were reviewed recently. Leptospirosis was certainly recognised as an occupational hazard of rice harvesting in ancient China, and the Japanese name akiyami, or autumn fever, persists in modern medicine. With hindsight, clear descriptions of leptospiral jaundice can be recognized as having appeared earlier in the 19th century, some years before the description by Weil. It has been suggested that Leptospira interrogans serovar icterohaemorrhagiae was introduced to western Europe in the 18th century by westward extension of the range of of Rattus norvegicus from Eurasia.”