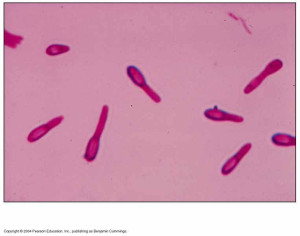 Tetanus (lockjaw) is a disease caused by the toxin of the bacterium Clostridium tetani, present in soil and animal faeces and follows from the contamination of cuts and wounds by these materials.

Risk
The risk is greatest for the very young or old. Every year between 5 and 10 Australians develop tetanus, about 1 in 10 dies. 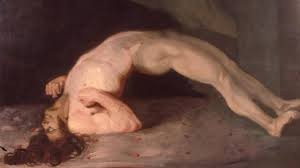 The spasms of tetanus

The reported cases of tetanus from the tsunami-devastated province of Aceh illustrate the effects of such a disease in a population with very little immunity.

Vaccine Information
The tetanus vaccine contains the innocuous tetanus toxoid, which is derived from the toxin and adsorbed on to an adjuvant. It protects by stimulating the production of antitoxin, thus offering protection against the toxin.

Local soreness at the site of injection is common. Fever and extended reactions occur in some. Severe reactions are rare.
Since 2004, Boostrix has been given at year 10 in Australia. Older adolescents and adults needing a tetanus toxoid booster should receive a single dose of Boostrix.
Adults who have never received a course of tetanus toxoid immunisation, should receive Boostrix, followed by two doses of ADT in the usual schedule.

Tetanus toxoid vaccine, made in Australia by CSL, ceased production in April 2006.