Incidence of TB around the world.

The risk to the usual tourist or short-time traveller is generally very low. Risk is dictated by the destination, accommodation, living conditions and hygiene. Where travellers are highly likely to be exposed to TB during travel (particularly healthcare or aid workers), specific advice on personal protective equipment (PPE) and reducing exposure may be helpful.
Please discuss with your GoodTrips doctor.

Tuberculosis on aircraft
Available evidence indicates that the risk of transmission of M.tuberculosis on board aircraft is low and limited to persons in close contact with an infectious case for 8 hours or longer. In 2008, WHO released its third edition of Guidelines for Prevention and Control.

Certain groups most affected
After years of declining numbers in developed countries, TB is now on the rise in certain groups such as the homeless, users of illicit drugs and those infected with HIV. In the West, immigrant groups account for the majority of new cases of TB. Its global re-emergence in the early 1990s has been somewhat reversed over the last few years, although the decline is still slow in Africa and Eastern Europe, with the countries of the former Soviet Union still shouldering a considerable burden of the disease (80% of the estimated 444,777 cases in Europe in 2004, and the highest treatment failure rate (7%) in the world). 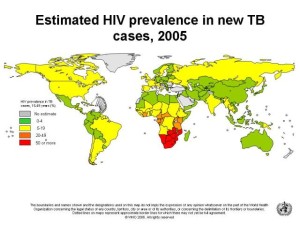 In 2005, 426,717 tuberculosis cases were notified in Europe, 72% by 12 ex-republics of the former Soviet Union. The Baltic countries (Latvia, Lithuania and Estonia) have TB rates which are many times higher than in the Nordic countries.
England, Wales and Northern Ireland have also failed to follow the overall declining trend. Between 2004 and 2005, TB incidence in the UK increased by 11%, while in 2006 the rate grew by 2%, reaching 14.8 per 10,000 population (mainly in Asian-born people living in London).
In 2007, South Africa, with 0·7% of the world’s population, had 17% of the global burden of HIV infection, and one of the world’s worst tuberculosis epidemics, compounded by rising drug resistance and HIV co-infection.

– a new lethality –
A recent WHO report stated: “HIV and TB form a lethal combination, each speeding the other’s progress. HIV weakens the immune system. TB is a leading cause of death among people who are HIV-positive … and … accounts for about 13% of AIDS deaths worldwide.”
From WER 3 March 2006: The Stop TB Partnership has developed a global plan to stop TB, utilising the combined resources of governments, donors, NGOs and other organisations during the period 2006-2015. New diagnostic tests, new drug treatments and a new effective vaccine are all expected to be developed during this period. Estimated cost is US$56 billion.

Strenuous efforts are now being made to ‘stop the scourge of TB, which was once considered conquered. A major complication in the chemotherapy of TB has been the development of drug resistance, particularly in some third world countries. 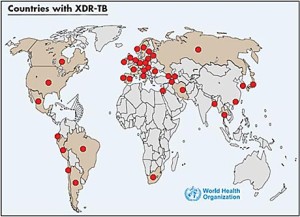 Since the 1980s, multi drug-resistant TB (MDR-TB) has increased in many countries around the world, especially in China and Russia.
In the US. 202,436 culture-confirmed TB cases were reported in the period 1993- 2006. Those which were extensively drug-resistant (XDR TB) increased from 3% in 2000 to 11% in 2004.
In a recent South African study, patients with TB/HIV coinfection showed an incidence of 41% MDR-TB.
In Europe, MDR-TB is strongly associated with origin from the former Soviet Union. Surveys suggest a widespread problem in Eastern countries (for example, 15% total MDR-TB in Georgia in 2005-2006 and 25% in Kazakhstan in 2001, regardless of prior treatment).
The first cases of completely drug-resistant and fatal TB have been reported from Italy and Germany, both in young women.

Vaccine Information.
Bacillus Calmette–Guérin (BCG) vaccine is a live strain of modified M bovis and is used in Australia in certain groups only: 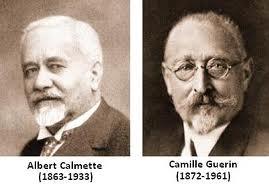 – Aboriginal neonates living in regions of high incidence,
– neonates of patients with TB or leprosy,
– children under 5 travelling to countries of high TB prevalence,
– children less than 16 years, who are exposed to an individual with active pulmonary TB and who cannot be treated with isoniazid.
– healthcare workers (rules differ between the states).

Albert Calmette and Camille Guérin achieved the first genuine success in immunisation against tuberculosis in 1906, using attenuated bovine-strain tuberculosis, called Bacille Calmette–Guérin (BCG). The BCG vaccine was first used on humans in 1921 in France, but received widespread acceptance in the US, Great Britain, and Germany only after World War II. It has now (2020) been given to over 4 billion people around the world and is still given to more than 100 million children annually.

Despite its proven safety and extensive use, its mode of action is not fully understood. As no studies of the efficacy of BCG vaccination after adult administration are available, recommendations at present must be extrapolated from other data. Overall, it appears that BCG vaccine is highly beneficial to young children potentially exposed to TB, while much less so for adults. Therefore, best practice is to recommend BCG vaccination for children <5 years old travelling to TB endemic countries for 1 month or longer. We infrequently recommend BCG for adult travellers, but may consider it for high and unavoidable risk (such as healthcare workers travelling to work in TB endemic settings), particularly where the local prevalence of multidrug-resistant TB (MDR TB) is high. Although the protective value of BCG vaccine against pulmonary disease in adults ranges from little to none it has been shown to persist for 50 to 60 years, suggesting that a single dose of an effective BCG vaccine can have a long duration of protection.

The remarkable BCG
BCG has been shown to significantly boost general immunity by providing “immune training for the innate immune system”. It seems to augment our frontline defence mechanism. Babies given BCG are less likely to acquire other infections such as diarrhoea, sepsis or respiratory infections and reduce all cause mortality by 30-40% 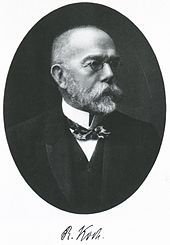 History
Tuberculosis has been present in humans since the neolithic period, but not recognised as a single disease until the 1820s. The bacillus causing tuberculosis, M. tuberculosis, was identified and described in 1882 by Robert Koch, who received a Nobel Prize for his discovery.

Tuberculosis also affects cattle and infected milk may pass the disease to humans. The risk of transmission from this source was dramatically reduced by the invention of the pasteurisation process, by the French scientist, Louis Pasteur, in 1864.

The future
The evolution of tuberculosis has produced bacteria resistant to all known antibiotics. It seems very likely that vaccines are the only long-term hope for millions of humans.

In the USA, the first human trials of a genetically engineered vaccine (rBCG30) have taken place.
In India, a vaccine using a live strain of Mycobacterium habana is under development.
British researchers have had excellent results from a new vaccine, called MVA85A, which has proved safe and effective during phase I clinical testing, especially when used in conjunction with BCG vaccine.
In South Korea a DNA-based vaccine is being developed.  An effective vaccine against TB is desperately needed.
The Murdoch Children’s Research Institute (part of RCH, Parkville) is now working in collaboration with WHO investigating the possible use of BCG vaccination in combating some viral infections, such as Covid-19.